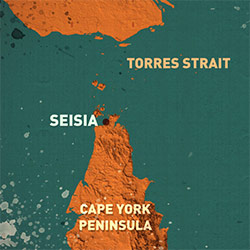 After 10 days out on the Torres Strait, Jase and Simon return to their vehicles. And there’s that pesky dash light problem to deal with straight away. But first… they have to get the boat out of the water.

Jase cooks up some breakfast for Simon and some new friends. And when a local wants to show you the best secret fishing spots, you don’t pass up an opportunity like that! However, there’s more trouble with the boat ramp, but thankfully the trusty Bamaga Police are there to lend a hand.

Later the guys try to make the run out to Croc Island. They get as far as they can in the trucks before having to turn to the ATVs. Along the way, they stop at Somerset, a place rich with maritime history. Then they build their signature ATV barge with the tinnies and get their little bikes across the water. It’s some tough going, but they finally get to see the creatures the area is known for. There will be no night fishing in these parts!

SPECIAL THANKS TO THE BAMAGA POLICE