UNLEASHED 3.1 One Way or Another

Season 3 kicks off with an action-packed episode following Jase and Simon as they make one final attempt to reach an inaccessible WWII plane wreck off the remote coast of North Queensland.

With two failed attempts fresh in his mind, Jase has expanded his team, his fleet, and his engineering solutions.

This is it. One way or another, Jase is determined to get to that plane. 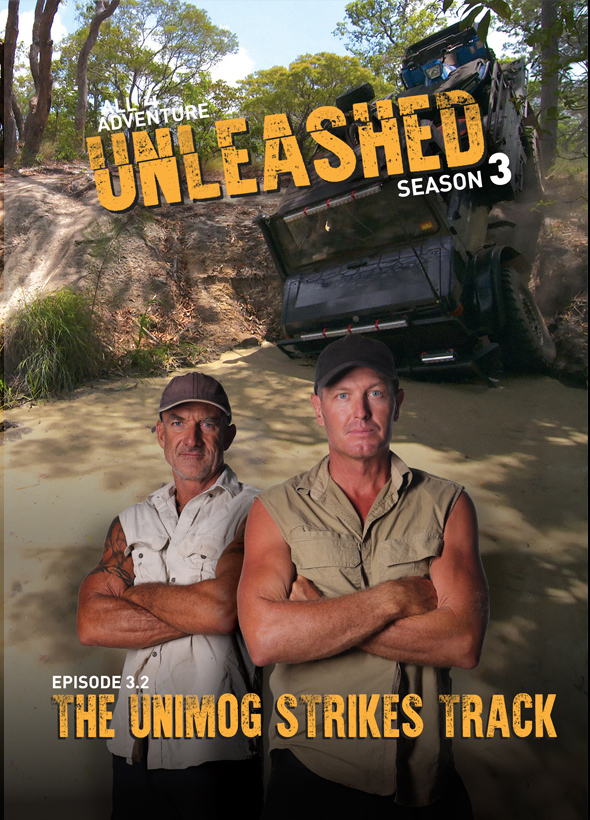 In this episode of Unleashed, Jase is taking his 12-tonne ex-Army Mercedes Unimog on the infamous Old Telegraph Track in far North Queensland.

Simon is along for the ride in his modified V8 LandCruiser, hauling a 7-metre trailer. Together they face tough terrain, emergency bush mechanics, and even a good old fashioned vehicle rollover.

Throw away your calculators, because on this adventure 4 x 4 = 1 hell of a good time.

UNLEASHED 3.3 The Mods Must Be Crazy

Inspired by the 80’s cult classic “The Gods Must Be Crazy,” Jake mods Jase’s swamper with a winch powerful enough to drive it up a tree.

With Swampy ready for adventure, Jase takes Simon and croc expert Jesse on a fishing expedition to a secret lagoon in far north Queensland where they’re joined by Simmo in his chopper (and chased by hungry sharks) in this one-of-a kind outback adventure. 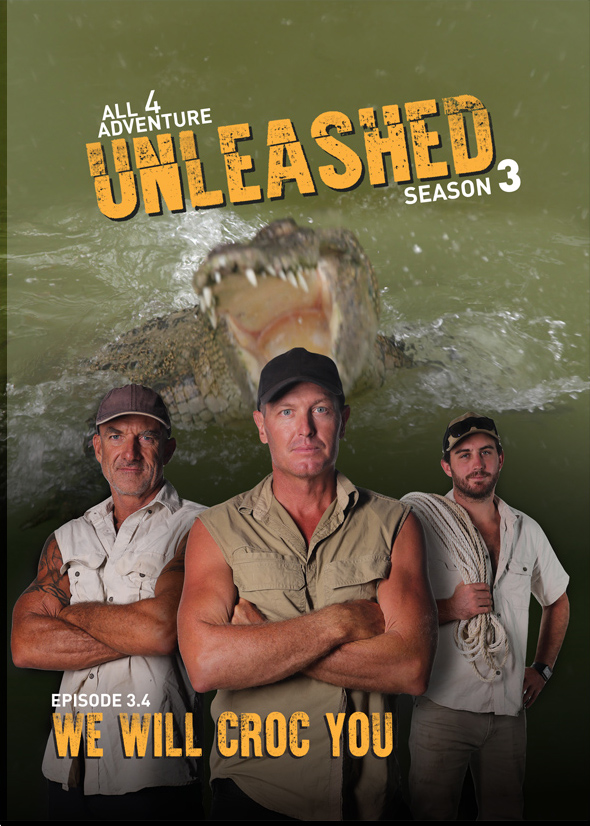 UNLEASHED 3.4 We Will Croc You

Jase’s friend, professional croc wrangler Jesse, has heard about a remote beach which is a breeding ground for a little-known turtle species that saltwater crocodiles love to eat.

Using their customised punt-boat rig, Jase, Jesse, and Simon travel to the site on quad bikes, hoping to see a rare crocodile feeding frenzy in the wild.

Will they snatch victory from the hungry jaws of defeat… or will their dreams be chomped?

Jase and Simon are joined by an old mate as they venture to a secret fishing hole with the promise of Barramundi.

But it’s the wet season, and the flooded tracks are little more than mud pits, just waiting to bog any vehicle that attempts to pass through.

Can Swampy get them to their destination? And what will they find when they get there?

Jase and Simon are hauling supplies to a remote fishing lodge with the goal of catching a one-metre Barramundi when they get there.

But the journey is packed with challenges, from extreme tides to mud flats, to pitch dark night-time navigation through dense scrub.

Will it all be worthwhile when they cast their lures in search of the ultimate catch?

Jase and Simon are at a remote fishing lodge with the goal of catching a one-metre Barramundi.

After a mud-spattered recovery of their punt boat, they take to the water… but who will catch the biggest fish?

And will it be a Barra?

Jase and Simon are closing out the season with a bang. First they join a hunting party, aiming to bag some wild cattle for their indigenous hosts.

Then they take their boat airborne in search of the ultimate fishing experience, far from anywhere, in the beautiful remote Australian outback.