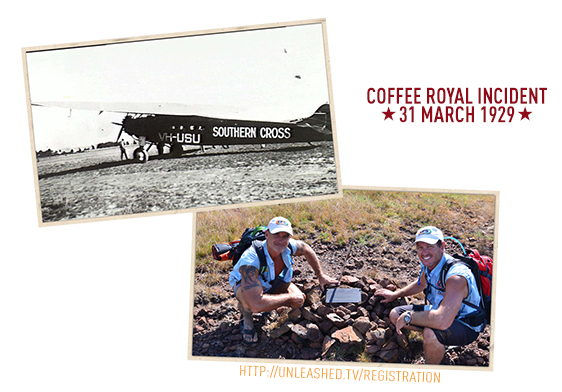 As we approach the anniversary of Charles Kingsford Smith’s emergency landing of the Southern Cross on 31 March 1929, we are unlocking the episode where Jase and Simon visit the landing site and find the plaque commemorating the Coffee Royal Incident.

From now until midnight March 31st, register a free account on UNLEASHED.TV to stream the adventure.

REGISTER AT UNLEASHED.TV FOR MORE INFO.

Last Time on All 4 Adventure 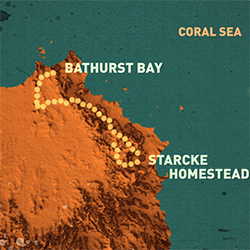 Jase and Simon head back through Bathurst Bay, and it isn’t going any easier in this direction. Things go from bad to worse when Simon blows a diff. There is a lot of mud to cross, and Jase is left to haul both trailers and give Simon a tow which takes the bulk of the day.

The next morning, the guys get right back into it. Bog hole after bog hole, and then an alternator goes down… which inevitably causes the battery to run low, and it’s only a matter of time before the computer goes down in the truck. Ahh, technology.

As they near civilization, Simon heads off to meet the helicopter while Jase limps the 2-wheel drive back to Laura before getting picked up in the chopper. Then it’s off to check out a trio of waterfalls that have rarely been filmed. The scenery is stunning, but with the sun going down and the wind picking up, it’s time to get back to the bird.

Eventually, they make it back to Cairns sounding a little worse for wear after this epic adventure. It’s all worth it in the end after experiencing these amazing secrets of the Cape!

What did you think of this series? Have you discovered any new places? Share your stories and photos on Facebook!

THANKS TO EVERYONE WHO HELPED MAKE THIS SERIES AN AWESOME ADVENTURE!