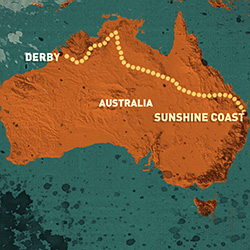 All 4 Adventure: The Rugged North sees Jase and Simon heading out for another wild adventure starting in the remotest areas of Western Australia’s Kimberley region and spanning right across the Northern Territory and into Queensland’s Gulf country. The 4WDs get a punishing as the guys tackle tracks that haven’t been travelled in years, and then the boys take to the water for some long distance runs off-shore and a heart-stopping ride through the treacherous Horizontal Waterfalls. There’s plenty of fishing action, as well as spectacular scenery and fascinating history.

Jase and Simon set out to find an almost forgotten aviation site, the scene of the Coffee Royal incident where Charles Kingsford Smith and his crew were rescued in 1929. They also explore Australia’s first northern port, Fort Dundas in the Tiwi Islands, and they make another attempt to reach Little Eva, the WWII B-24 wreck that defied them last series. It’s another epic season and Jase and Simon tackle the challenges in their stride, but will an injury threaten to end their adventure and send them home early?

Join the community talking about this series on Facebook.

Where to Go – The Rugged North 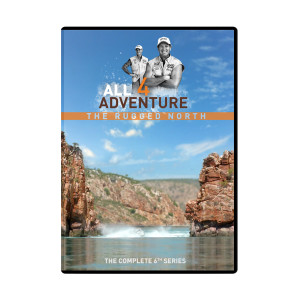