Missed this week’s show at 4pm on 10? Catch up at Unleashed.tv or watch again Saturdays. Check the 10 tv guide for local times! 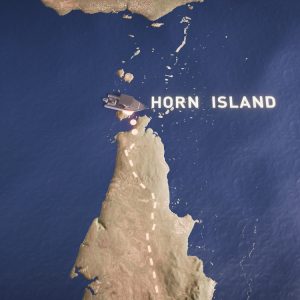 Jase, Simon and their mate Kiel are continuing on their mission to return the P-47 Thunderbolt engine back to Horn Island on behalf of the Beck family, formerly of the Beck Museum in Mareeba. The trip thus far has taken some surprising twists and turns, stops and dives. But they finally get the motor to the terminal where the Sea Swift crew gets it ready for its final ferry back to the spot where the plane went down.

Being this close to the tip and having a first timer along, Jase suggests a ‘back way’ to get Kiel to the famous sign for his very first time. There are a few tricky spots to navigate with the remnants of the recent rain still crossing their path. But there will be no lollygagging around, and they’ll have to pick a line. When in doubt… keep going?

Kiel gets to make a big tick on his bucket list, as the crew get some selfies at the sign. Then it’s time to unload the tinny and make the 25k journey across to Horn Island where they meet up with historian Vanessa Seekee to have a look around. This place is filled with World War II history as it was a key location when it came to defending the Coral Sea.

Getting to see the wreck of the P-47 Thunderbolt is fascinating, as its demise was more of a mishap by a pilot doing a buzz over some mates on the ground. This Top Gun miscalculated and destroyed more aircraft on the ground than the Japanese managed in an air raid. Thankfully they all survived.

The boys also get a chance to look over the old airfield pitted with bomb craters still evident on LiDAR imagery. There are also horseshoe shaped bomber dispersal bays which kept the whole fleet from being taken out at once by an attack. And boys will be boys, as they get a chance to live out the battle at the command centre and anti-aircraft gun. Enemy down!

Lured in by beautiful conditions, the boys throw in some lures of their own. There are good trout and trevally out there, but so are the sharks who are busy chomping away on their afternoon tea. If you can’t beat ’em, join ’em… so Jase cooks up some tasty Banana Cake for a sweet snack.

The engine arrived on the island after the boys left, so we look forward to updates on this piece of history!

SPECIAL THANKS to Vanessa Seekee of the Torres Strait Heritage Museum and Tours. Visit them on Facebook or better yet, plan a visit in person!

All Campboss.com purchases in December will go into the draw to win a Rooftop Boss Tent! 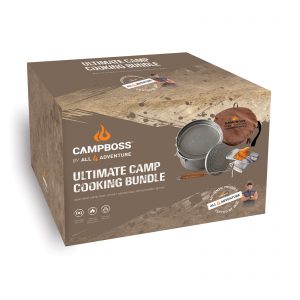 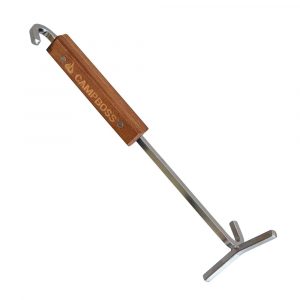